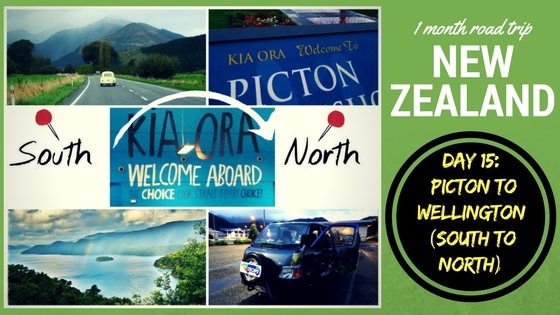 After two amazing weeks it’s time to leave the South Island and take the ferry from Picton to cross over to Wellington on the North Island to start our second chapter of this road trip. We are excited to find out whether the North can still wow us after days of jaw-dropping scenery and our fun adventures in the South. Let’s bring it on!

Of course when we woke up the next day it was raining cats and dogs again as if yesterday’s blue skies and sunshine where nothing but a dream. Luckily there was nothing major on our agenda except for getting us from Nelson to the little habour town of PICTON – the main traveller port for the South Island. 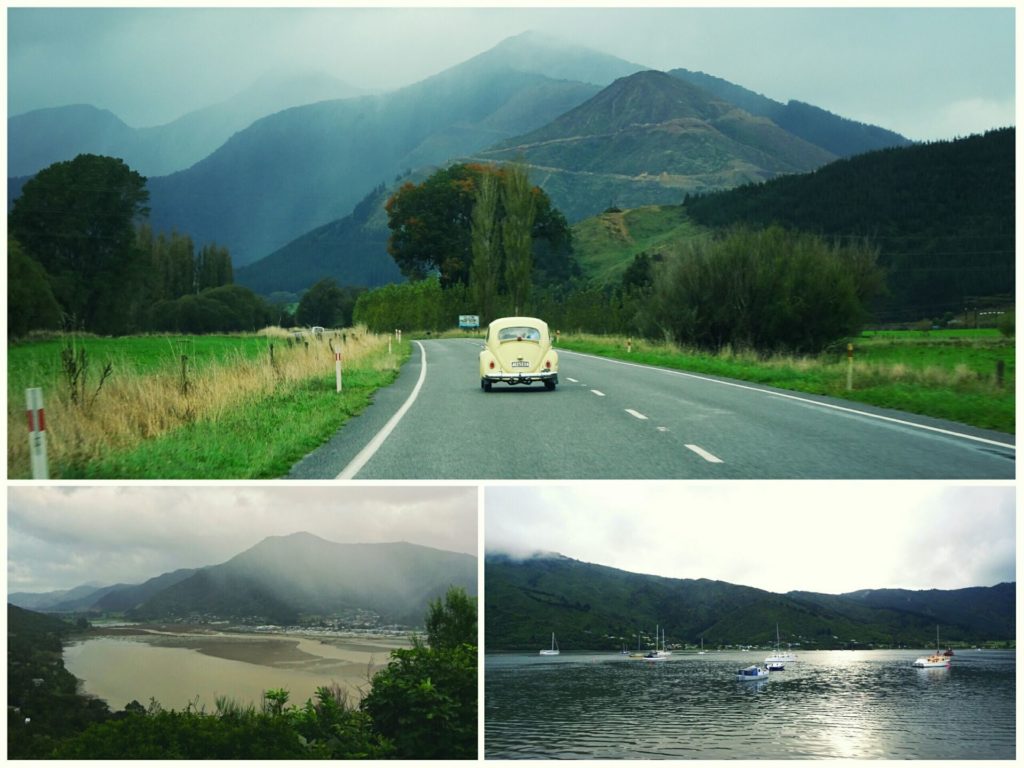 The drive is about 2 hours and there is not that much to see except the scenic viewpoint here and there.

The closer you get to Picton the more winding becomes the road but it was actually quite fun and we were in for a special treat – a beautiful rainbow shortly before Picton. 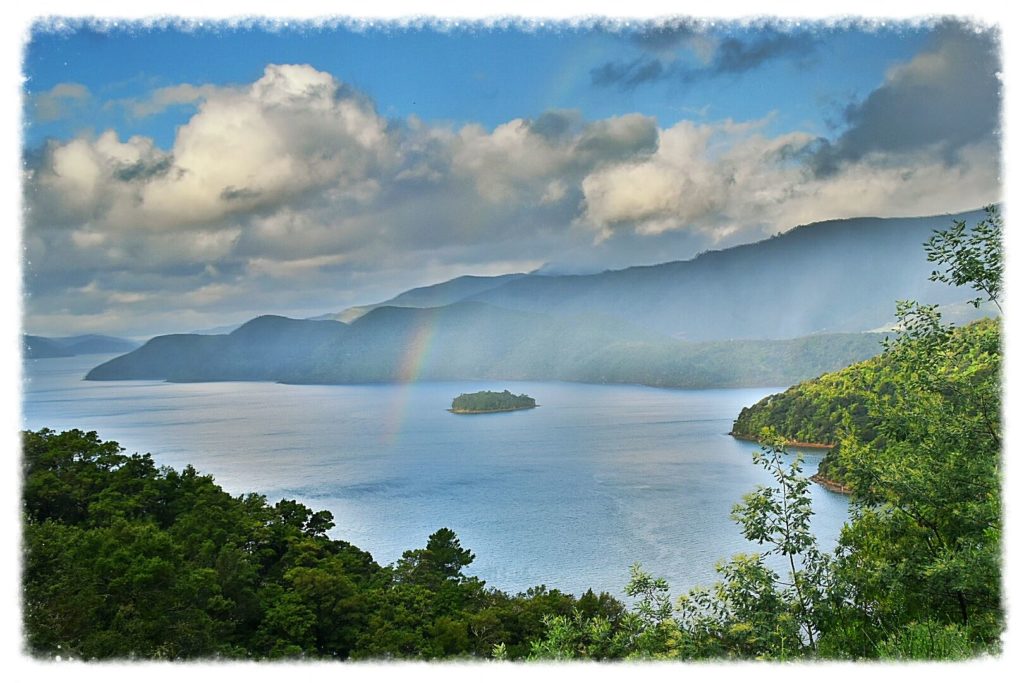 Where there’s rain, there is a chance for a rainbow 🙂

Picton itself is a picturesque little harbour town and home to buzzing cafes, restaurants and specialty shops. But on a rainy day there is not much to do! On top most shops were closed because of the Easter holidays so after having a little look around the habour and playing a bit in the rain (not as fun as it sounds!) we headed to the ferry terminal to check-in. 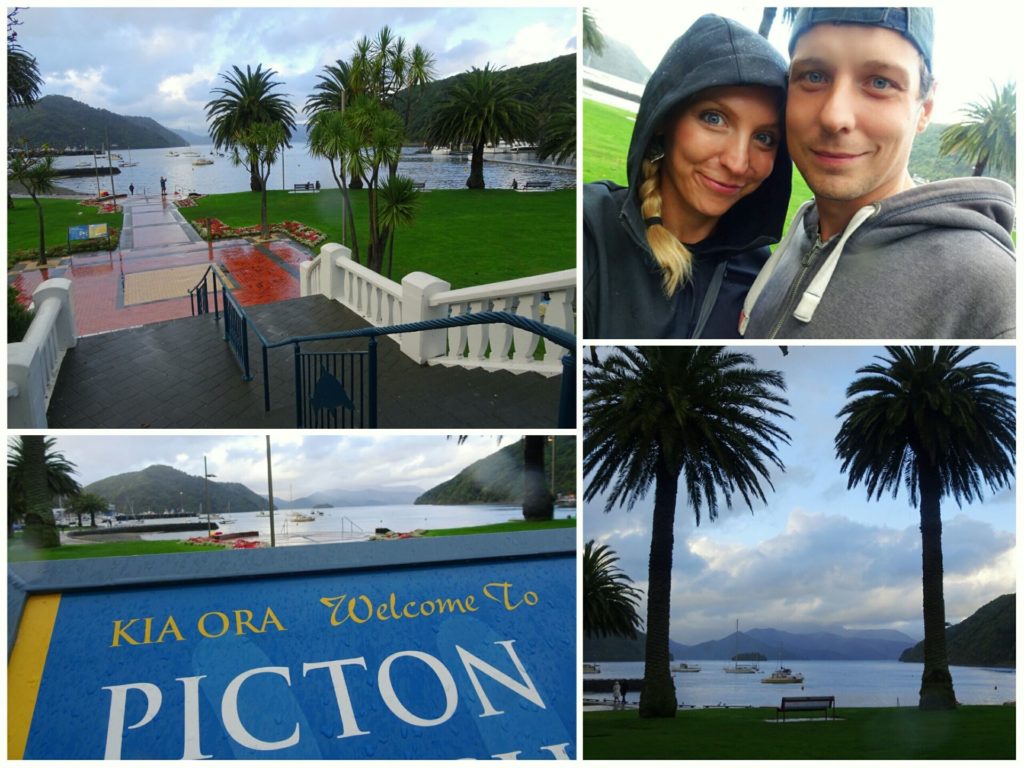 Also, if you are bored to death and have nothing else to do (or no money), there is free Wi-Fi in the ferry terminal…just sayin… 😊

Picton to Wellington – Interislander vs. Bluebridge

If you are like us and planning on visiting both Islands on your New Zealand road trip (after all, we didn’t come all the way to just see half of the country, right?) than at some point you need to cross some water – better known as the Cook Straight.

There are two ferry companies servicing the North and South Island: Interislander http://www.interislander.co.nz/ which used to be the only ferry company for many years and the newbies Bluebridge http://www.bluebridge.co.nz/, both don’t come cheap. If you plan your crossing well in advance and book online you might get a slightly better deal but nevertheless it will leave quite a hole in your pocket.

If you also wonder what the difference between Interislander and Bluebridge are and what the better ferry company is for you to get you to the other side than let us tell you that there is basically not much of a difference at all so don’t overthink it. 😊 Just check which one offers the better price / time for the day you want to go and book it. The sooner – the better! Especially in peak times it can happen that certain crossings are fully booked or prices are exploding so get this out of your way as soon as you can.

We decided to go with Bluebridge for the simple reason that our rental company offered a 5% discount which made it slightly cheaper than Interislander. In total we paid around 250.00 NZD for 2 people and an awesome turtle campervan. Other companies might offer discounts for Interislander so it’s worth having a look into this and check whether you can benefit from these cooperation’s but yes, both are expensive but both will do the job. 😊 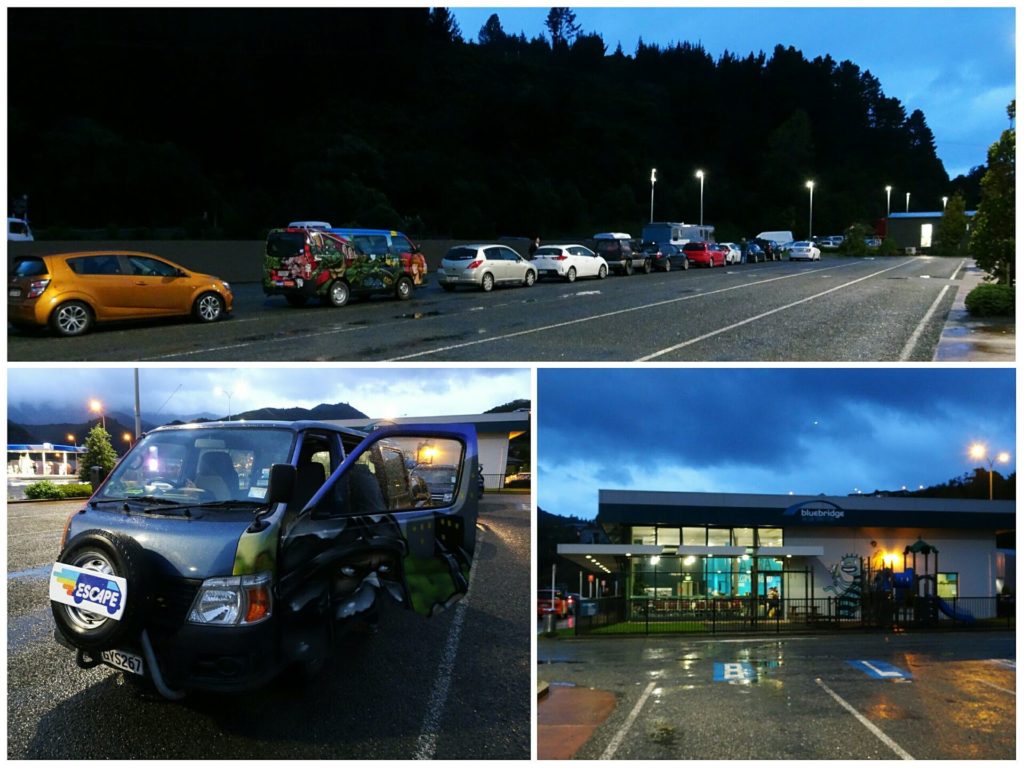 Waiting in line to board our ferry

In the beginning they told us there would be slight delay of around 30 minutes, so we patiently waited in our car…and waited…and waited…until we were FINALLY given the green light and allowed to board the Bluebridge ferry – 2 h (!!!!!!) later than scheduled.

The crossing takes about 3 ½ hours so we knew we wouldn’t make it to Wellington before 0:30am and were hoping that there would still be one space left at our selected campsite near Wellington.

The ferry itself is pretty modern, nice seating area, café and shop. We passed the time by eating overprices fries and watching movies (Yes, they play movies which was kinda cool) however it was extremely cold. Luckily we had brought our blankets from the car so that we could snuggle up. 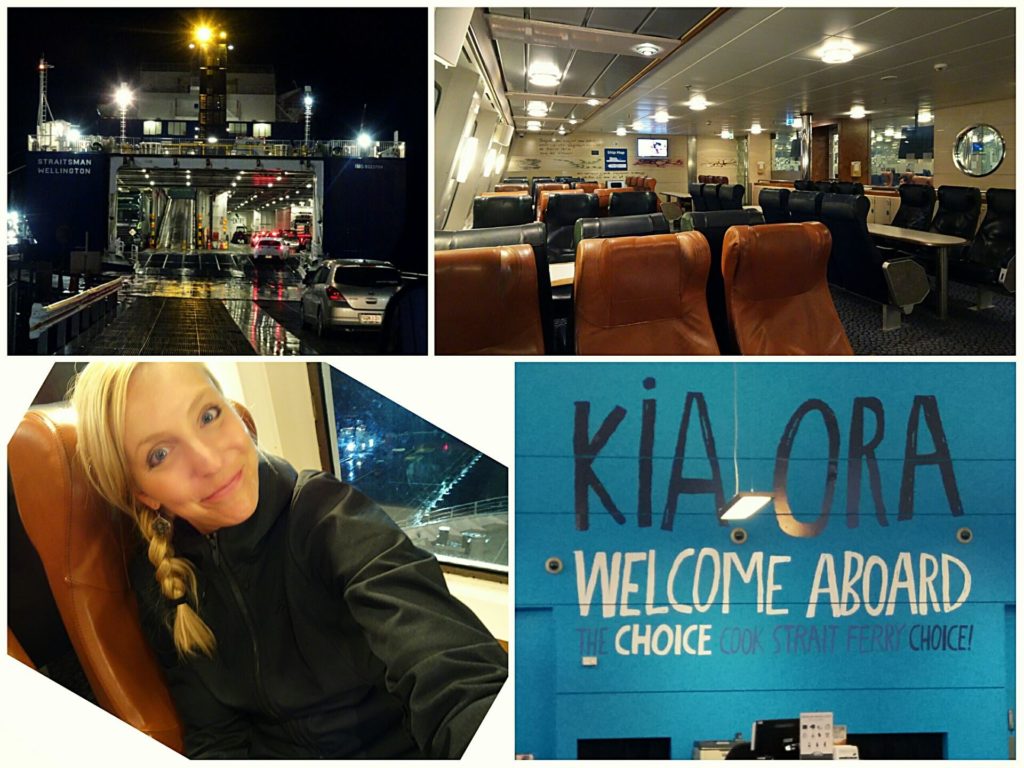 Finally we could go on board and snuggle up

We arrived shortly past mid-night in Wellington. Of course we couldn’t tell as it was dark, windy and -of course – raining and all we wanted was to find a place to SLEEP! It was waaaay past our bed – time.

When we got to the Belmont Regional Park there was exactly one place left to squeeze in our van for the night. However, we still had to find the notice board and pay our camp fee (6.00 NZD / per person) which might sound easy but ended up being a mission impossible. There was not a single light, a big storm was coming and basically all hell broke loose as soon as Martin bravely declared he would go and have a look. After he was gone for almost 30 minutes I was freaking out. Something must have happened. I had to follow him and see if everything was alright. Luckily when I was just about to hop out into the storm HE RETURNED – completely soaked and looking like grumpy cat that had just accidently fallen into a pond.

He told me had to cross the whole park just to find the notice board on the other side with NO MORE CAMP FEE SLIPS LEFT. Pff…all for nothing.

We didn’t care anymore. It was late, we were tired and so we just went to bed just to be woken up, and you won’t believe this (WE DIDN’T BELIEVE IT) by A ROOSTER AT 6AM sitting in the freaking tree right next to our van!!!!!!!!!!!!! No idea whether last nights storm catapulted him up there or whether he did it all by himself but he seemed to be super happy with his scenic spot “kicker-ree-KEY-ing” his little rooster heart out.

Not the best start for the North Island but at least it could only get better from here and it started by having saved a staggering amount of 6 NZD p.P.! 😊 We were ready to start the day and invest our 12.00 NZD in a proper breakfast! Let’s bring it on!!!! 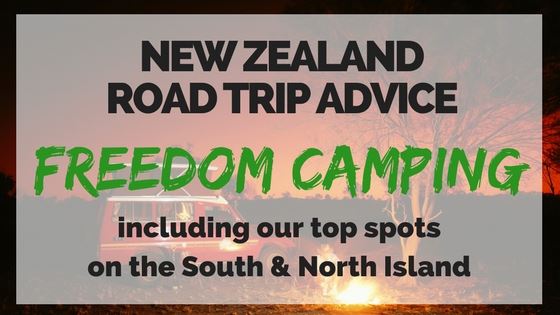 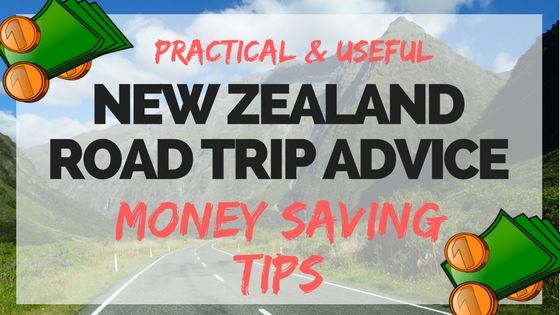 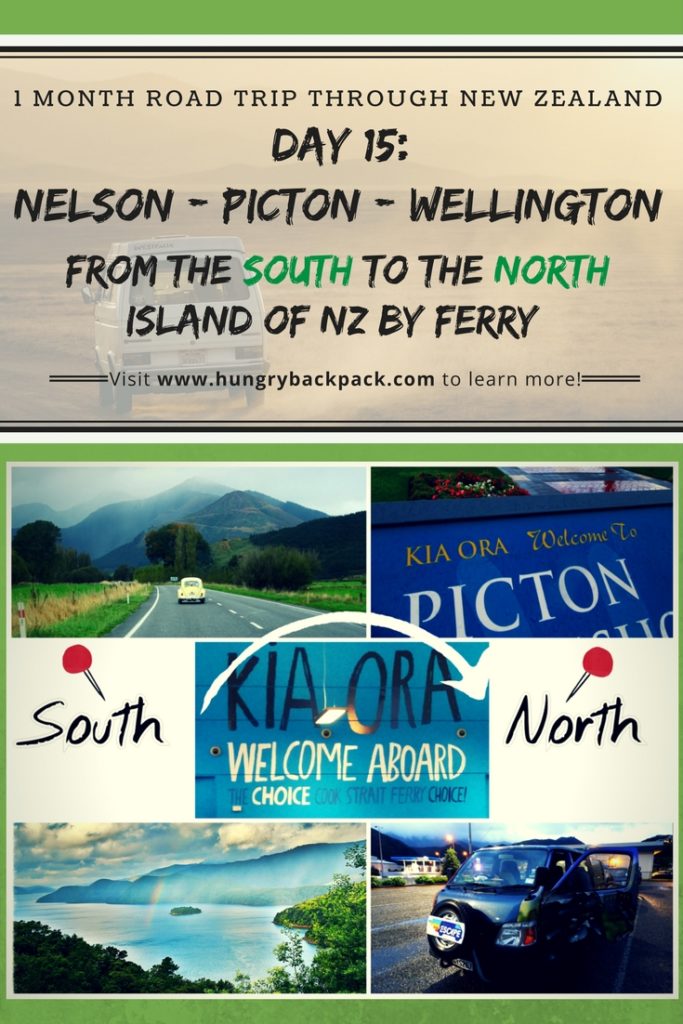