Goodbye Thailand and Welcome to Australia!

Arriving in Melbourne and the big search for our hotel

EXCITING TIMES! We arrived in a new city, in a new country and in fact, on a whole NEW CONTINENT! After spending more than 2 months in Thailand (click here to find out more) it was time to turn the page and start a whole new chapter which goes by the title: AUSTRALIA! Whoop Whoop!

So from Bangkok we flew out to Melbourne via Singapore with an airline company called “Scoot” – which we had never heard of before. It is one of those low-cost carriers similar to EasyJet, Jetstar etc. so don’t expect much luxury such as free drinks and meals or a good and free entertainment system but they got us safely and most of all at the cheapest rates to Down Under! So not complaining! 🙂 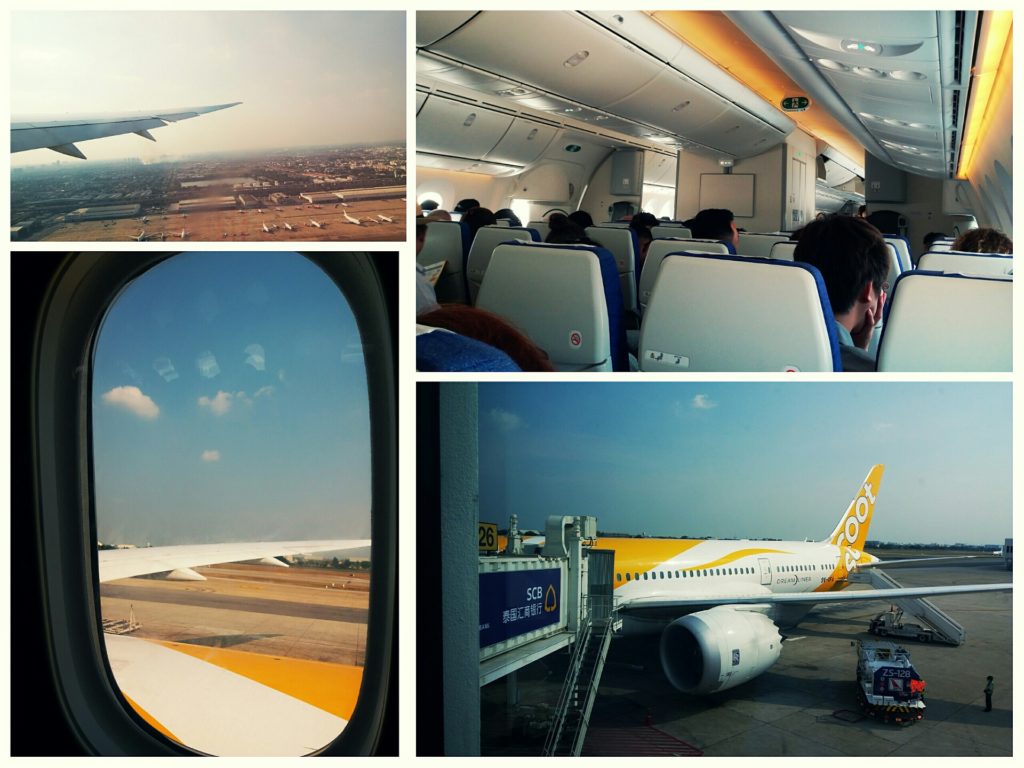 Flying with the Scoot Dreamliner from Bangkok to Melbourne

Getting from Melbourne Airport to the city center

We arrived pretty early and luckily there were no long lines at immigrations so all in all it took us less than an hour from our seat on the plane to stepping outside the airport terminal!

There is free Wi-Fi at the airport in Melbourne so we quickly checked the fastest way get to the city at an affordable price. There is UBER however, as it seems only UBER BLACK so the price was pretty steep (around 80AUD) Reminder – we just spend months in countries where we could easily survive on a 20-30 USD budget per day, accommodation and food included! 🙂 Guess times are changing again…..

Luckily we found another option – the SkyBus https://www.skybus.com.au/ which only cost us 19AUD. (if you book ahead online it’s even cheaper)

As the SkyBus runs an express service from the airport straight to Southern Cross station in the city center this was ideal for us as our hotel was just a short walk from there. Hence, we wouldn’t need another taxi making this definitely the best value for money option for us. (Well at least so we thought but more on that later) 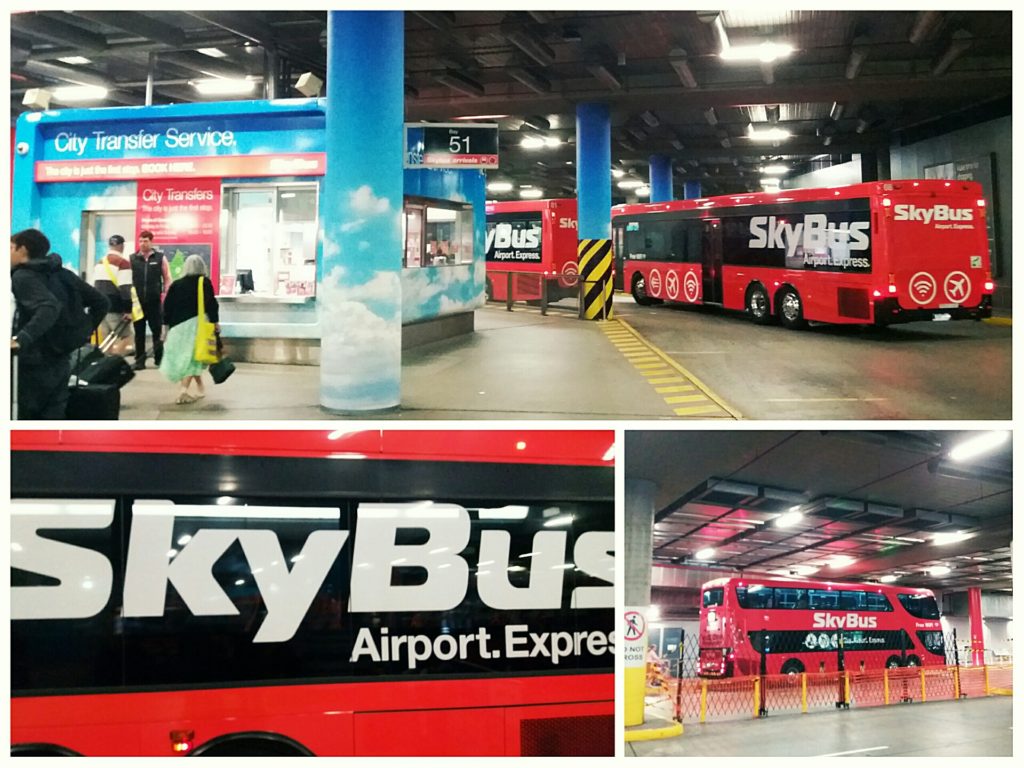 So we quickly got our tickets from the little kiosk outside and within minutes we were sitting on the Bus heading to central Melbourne. (They seem to run various services per hour so you never have to wait too long). They also offer services connecting Melbourne Airport with outer suburbs such as St. Kilda and Frankston & Peninsula area so it’s definitely a great alternative to taking a taxi if you want to save a few bucks.

Once we got into Southern Cross Station, Martin got his phone out, checked google maps and quickly led the way to our hotel – I followed. However, after walking with our 20kg backpacks for more than 10 blogs I lost trust we were on the right track. I remembered the nice lady from the SkyBus ticket kiosk telling me it was just a short easy walk from the station to our hotel – THIS however didn’t feel short NOR easy!

My legs were burning like crazy from walking up the endless roads and I had to stop every 50m to catch my breath.
It felt like a treasure hunt – searching for our hotel in Melbourne without having a single clue nor a sense of direction. However, Martin seemed to know. On every crossroad he cheerfully said that we must be close, just one more block…

After walking for another 5 blocks we were FINALLY there…well at least where Martin THOUGHT our hotel was. Turns out it was the WRONG ONE! (This happens if you only think there is just one IBIS STYLES HOTEL in the whole of Melbourne…)

So of course there are more than one and we ended up walking 30min in the wrong direction just to get told by the receptionist that OUR Ibis Styles was just a short walk from the train station (oh, REALLY???). I gave Martin the look you give someone who just dragged you with your heavy backpack across the whole city – and all of this before even having BREAKFAST!!!

But thank god, Melbourne got you covered. Turns out the trams in the city center are FOR FREE and there is basically one tram stop every few meters going to almost every corner of the city center. So instead of walking all the way back we just hopped on the next tram which carried us back to the station from where we only had to walk a few minutes (just as the kiosk lady predicted) to our hotel. THANKS MELBOURNE!!!!!!!!

So after this little bumpy start to the day it got better – much better, especially after I finally shuffled some carbs into my body! The sun was shining and we were ready to explore everything Melbourne had to offer! 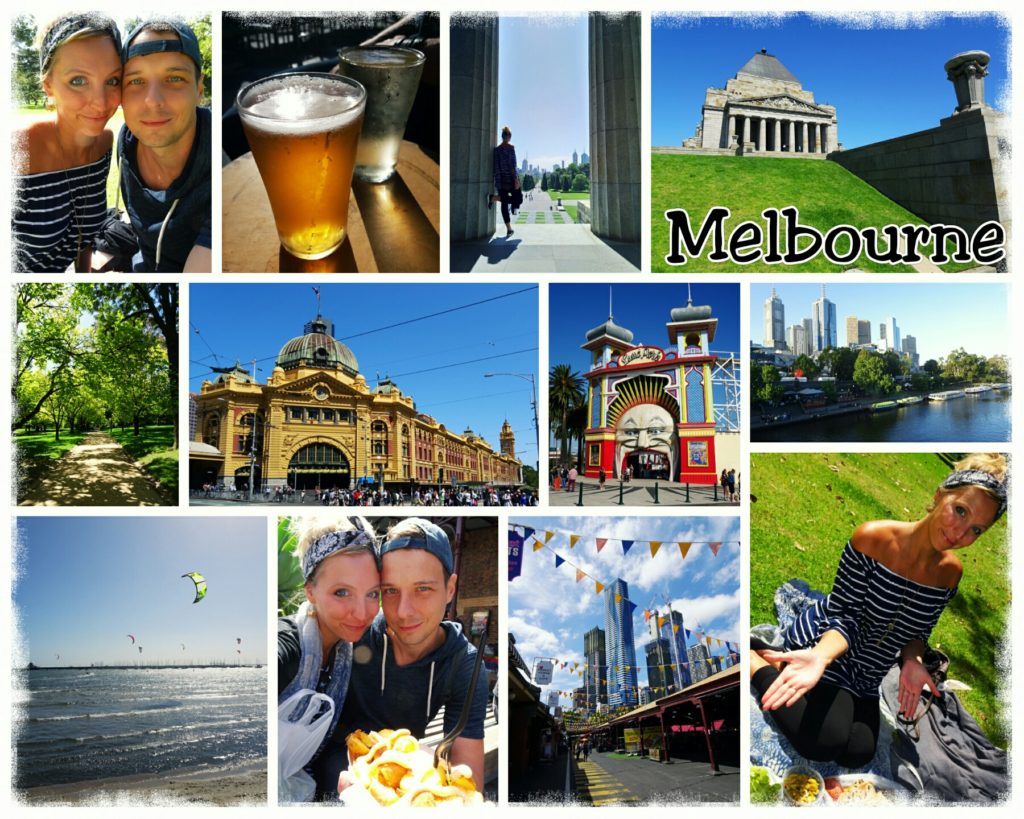